A man I know from the beach is a regular on the east end. He trolls regularly with his metal detector and sometimes pulls up some pretty cool stuff. These guys love it when we get a strong north wind which blows the water way out, particularly at low tide. On these days they can get to areas that are usually too deep to check under normal circumstances. We were chatting about this in a local restaurant and the conversation led to two pretty amazing stories.

A short time ago he was at east beach checking the area near the South Jetty. He was facing out to sea and standing in shallow water where a current was pulling towards the rocks while working his metal detector. A small form floated by right in front of him. He reached down and picked up a 3-year-old girl who would have surely drowned. When he got her out of the water and saw she could breathe still, she started crying loudly. Her mother charged him yelling and it almost got physical. She snatched her daughter out of his arms and to this day probably doesn’t realize he saved her little girl’s life.

The second story is set in the 80’s on the other end of the island at the San Luis Pass. The man, then in his early 30’s, went wade fishing with a friend. They were on the second sand bar when the friend suggested they go out to the 3rd sand bar. The man, who was the captain of his swim team in high school a decade earlier, got tired and started going under. He is a self-described “tough guy” who worked as a door man at bars and never pictured himself as someone who would panic. He remembers struggling, but not much else. Later he found out that he went under and when his friend tried to help him, he tried to climb up on his friend and they both almost drowned. Somehow, his friend was able to kick him away, regroup, and then managed to grab him and tow him back to the second sand bar. At that point they were barely conscious and barely able to maintain their heads above water even while touching bottom. Beach Patrol got to them before they gave up completely and brought them to shore.

The man refused medical treatment, but later that evening collapsed in his own home and was transported by EMS to the hospital. He ended up having to stay in the hospital for 3 weeks because water in his lungs led to severe pneumonia. After he recovered, he was always alert and cautious when around the water, which for him has been a big part of his life. The event also led him to be aware of his limits and respectful of the potential power of the ocean.

Because of all this, after he was rescued in the 80’s, he lived to rescue another person over 3 decades later. 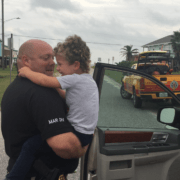 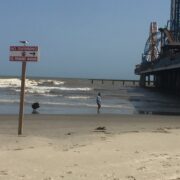 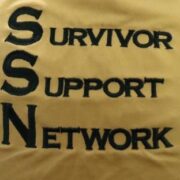