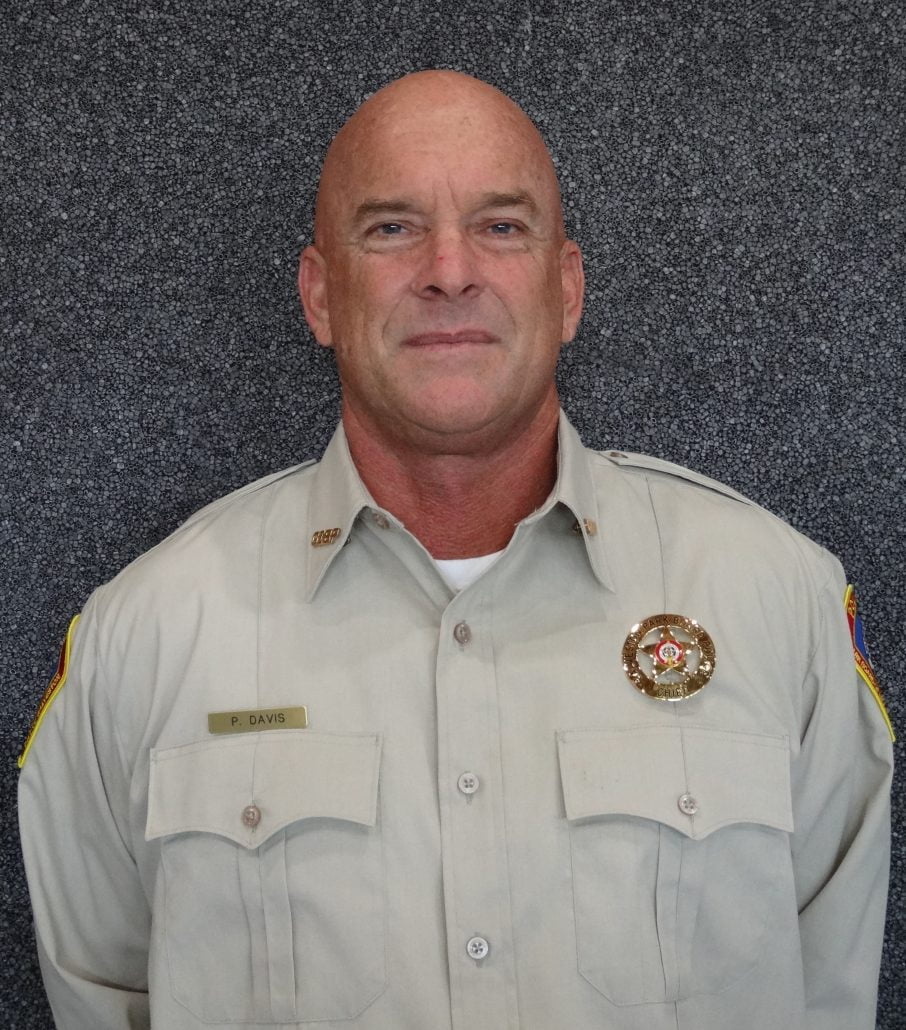 He is actively involved in training Mexican lifeguards and he coordinates a lifeguard exchange program with Galveston’s sister city, Veracruz. He was the lead instructor for several international efforts to train the first open water lifeguard instructors for the beaches in Venezuela, and has done lifesaving development work in Puerto Rico, Costa Rica, and elsewhere in the Americas. Peter was selected as Aquatic International Magazine’s “Power 25”, one of the 25 most influential people in aquatics. He co- produced and wrote the educational video “Texas Beaches- Know the Dangers”, winner of both the National Telly and Communicators Awards. In addition he co-edited the Spanish version of the second edition of the USLA Training Manual. Additionally he is on the steering committee of the USLA/NOAA Rip Current Awareness Program as well as being a representative on Water Safety USA.

Chief Davis, a 7th generation Galvestonian, was the Art Director of the Galveston “See-Wall Mural Project”. He enjoys surfing, training for lifesaving competitions, martial arts, and hanging out with his daughter, Kai. 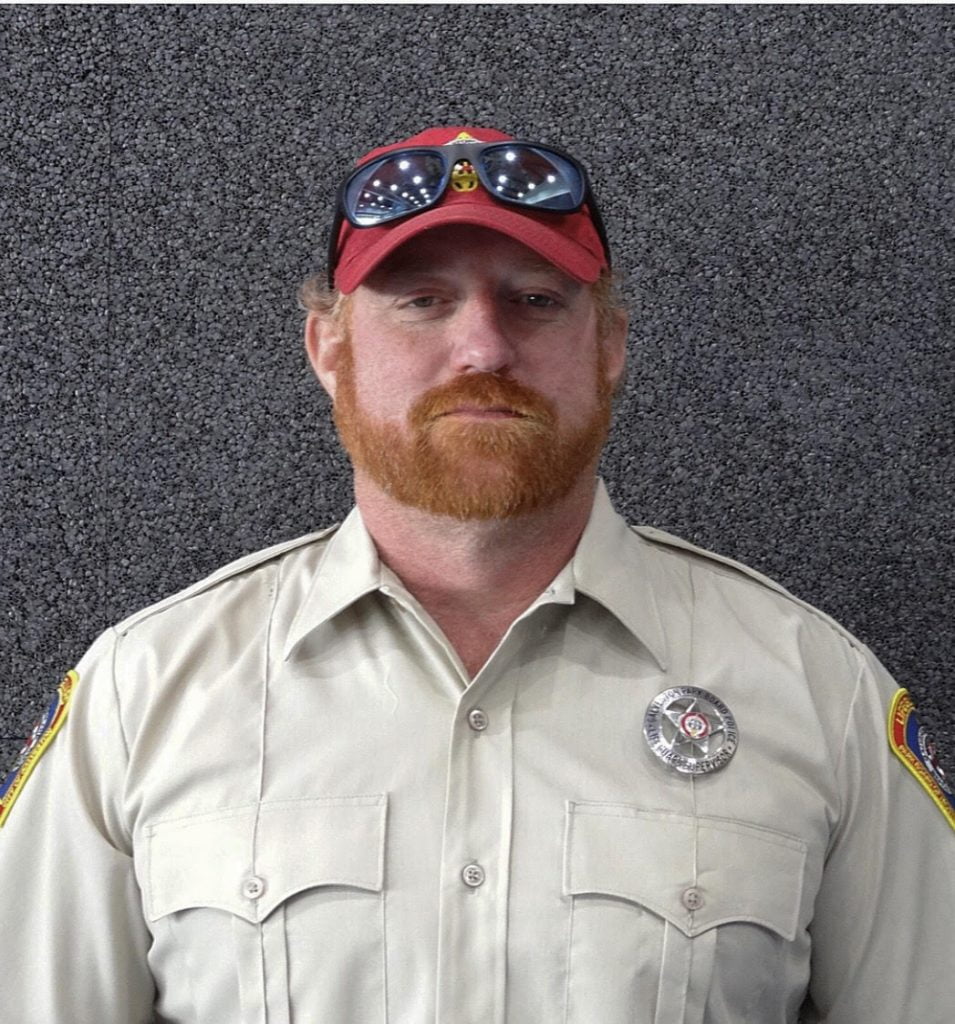 Tony Pryor is the Captain and Operations Supervisor of Galveston Island Beach Patrol. His first year on Beach Patrol was 1998. Tony serves as Certification Committee Chair of the United States Lifesaving Association, as well as Head Coach of the Galveston Island Swim Team. He holds a B.A. in Interdisciplinary Studies from the University of Houston.

Austin Kirwin is the Sergeant for Galveston Island Beach Patrol. He started working for Beach Patrol in 2006 and was a junior guard for 6 years before. Austin is also in the Texas Air National Guard based at Ellington Field. 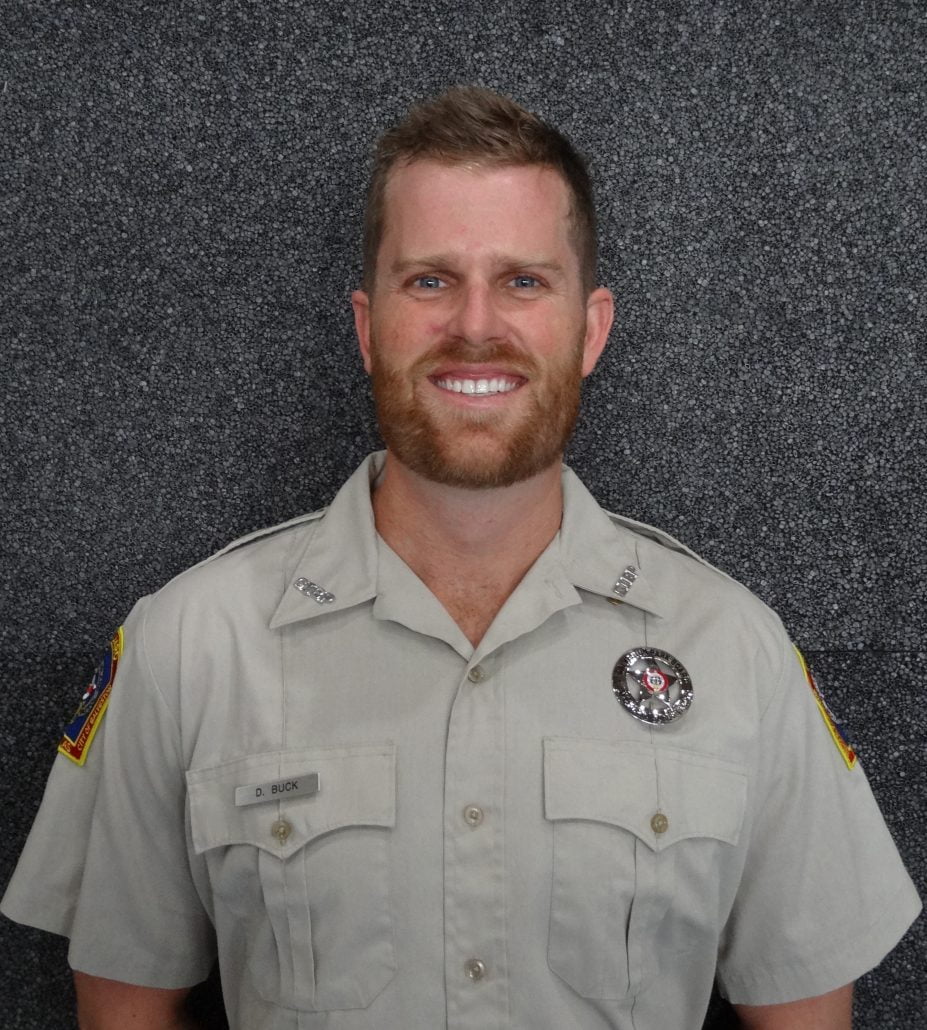 Dain Buck is a Supervisor for Galveston Island Beach Patrol. He started working for Beach Patrol in 2010. He attended Texas A&M Galveston and then Texas A&M College Station to earn his B.S. in Business Marketing.

In Dain’s free time he enjoys traveling and the outdoors. Growing up, Dain moved around the whole country and even out of it but finally settled down in Galveston to call it home. Mountain biking, skiing, snowboarding, and paddling are all hobbies he is active in. Dain hopes one day to circumnavigate the entire island on a surfski.

Dain currently has lived on the island for 7 years and can be seen spending most of his time at the beach and in the ocean on or off the clock. He continues to strive and push his further education and training with the Galveston Island Beach Patrol. He loves the fact that his office is outside and in the community and the cooperation that Beach Patrol as an agency shares with Galveston Fire, Police, EMS, and all other response agencies on the island that make it a safe and great place to live. 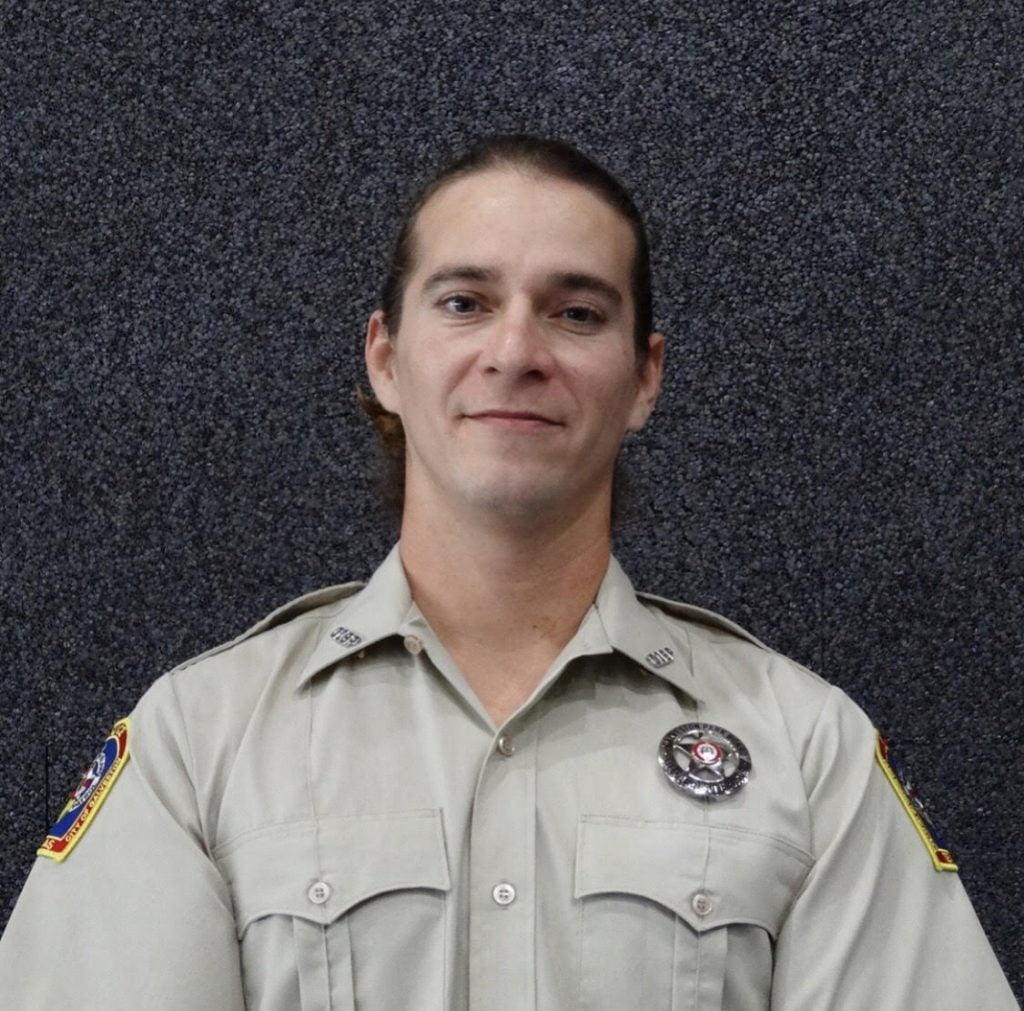 Micah Fowler is a full-time supervisor for Galveston Island Beach Patrol. He started working for GIBP as a rookie in 2011. He has a B.S. in art and design from the Art Institute of California.

He currently lives in Galveston with his dog and cat, in his family’s 1890 historic home. He plans to continue renovating the property to be historically accurate.

Micah decided to join GIBP after a recommendation from his brother. After six seasons, he realized how much he loved working in the beach environment, and keeping swimmers and tourists safe and informed. 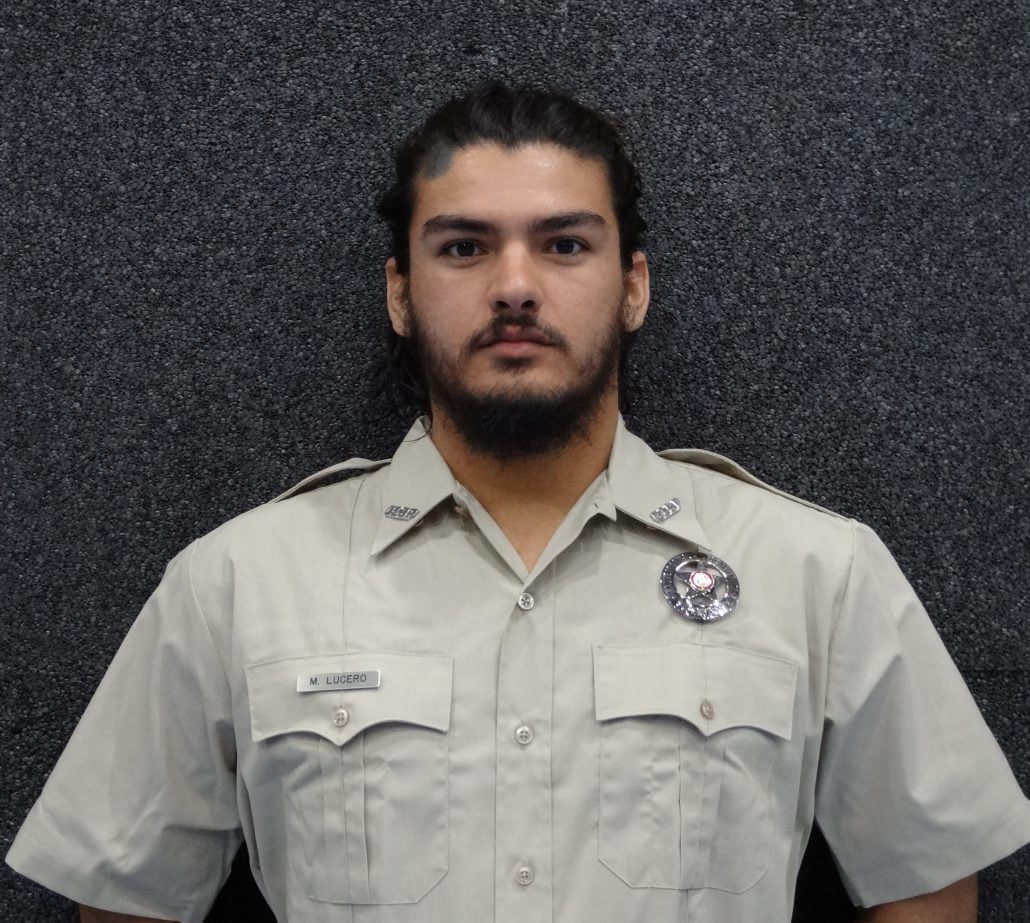 Michael Lucero is a Supervisor for Galveston Island Beach Patrol. He started working for Beach Patrol in 2015. He currently attends the University of Houston Main Campus for Geology.

In Michael’s free time he enjoys competing in Brazilian Jujitsu and Muay Thai for Gracie Barra TX. Where he holds a Blue Belt under Professor Draculino, and Brandon Mullins. He also enjoys playing water polo with the Balkan United Water Polo club. Michael has lived in the Galveston area most of his life and enjoys what the area has to provide. 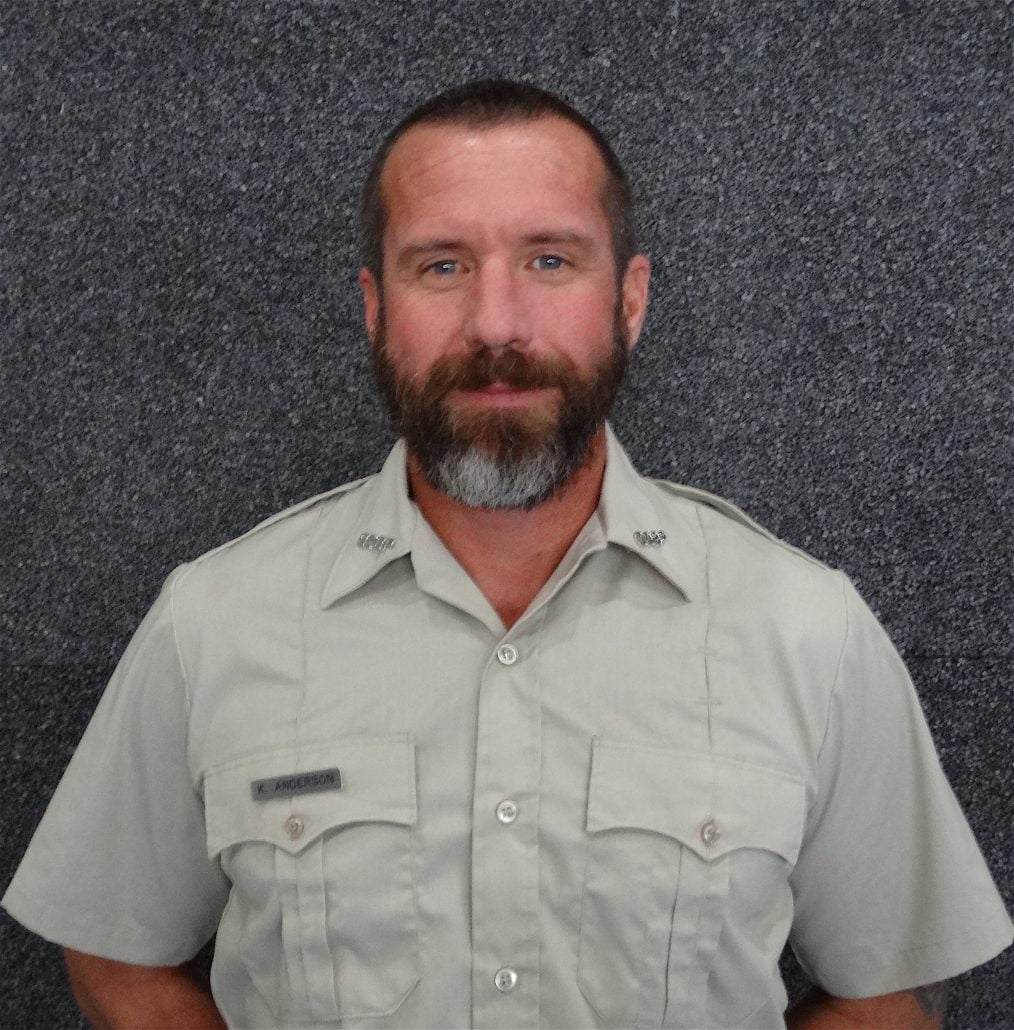 Kevin Anderson is a Senior Guard for Galveston Island Beach Patrol. He joined Beach Patrol in 1996. Kevin has a Bachelor of Science in Maritime Administration from Texas A&M University.

Kevin is an Emergency Medical Technician, a Red Cross Lifeguard Instructor and Emergency Medical Response Instructor. He is certified in NIMS 100, 200, 700, 800 and certified by TEEX as an Emergency Vehicle Operator. Kevin is also a certified Swift Water Technician, a United States Lifesaving Association Open Water Lifeguard, certified in American Heart Association Basic Life Support, and a Personal Watercraft Rescue operator/instructor.
In Kevin’s free time, he enjoys spending time with his family, surfing, training in lifeguard sport, writing songs and sometimes playing them in front of people. 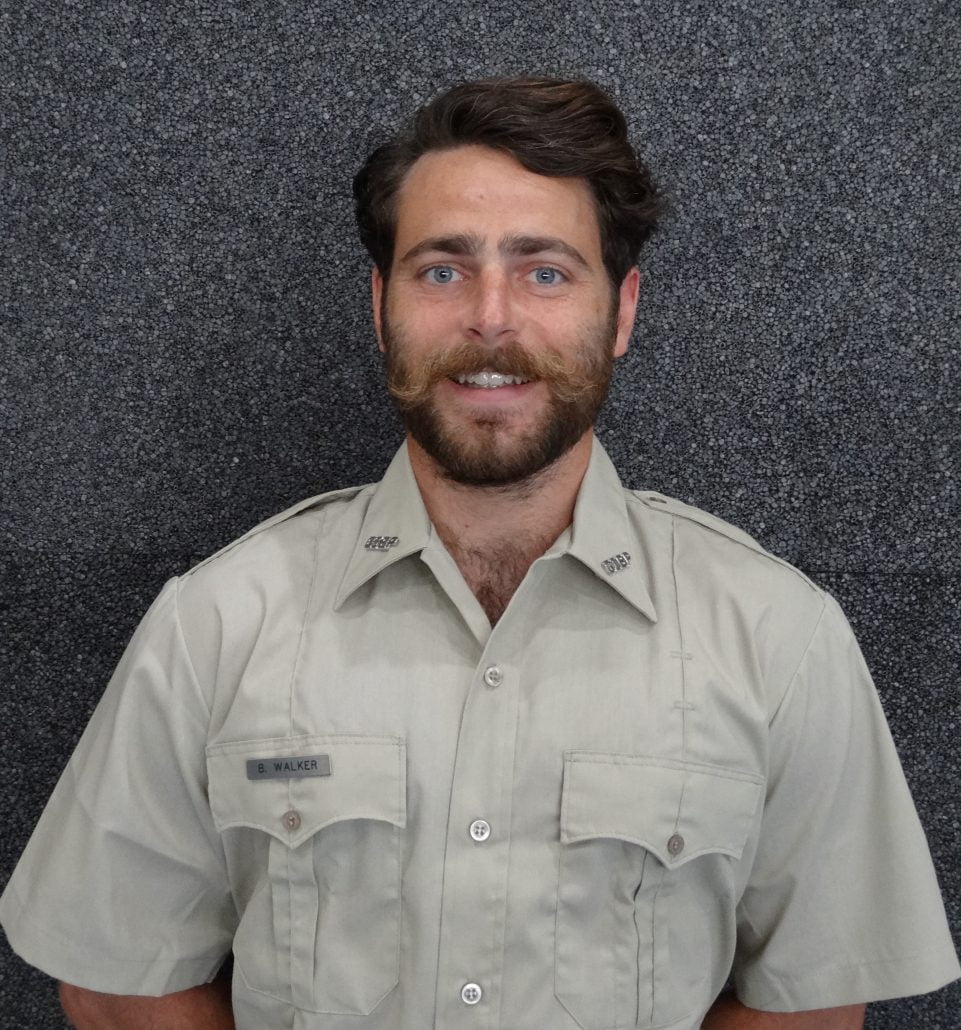 He was born and raised on Galveston Island and is committed to protecting its beachgoers. Currently, Joey is enrolled in courses to become an Emergency Medical Technician and intends to continue his studies. In his free time, he enjoys working out, spending time in the ocean, and reading books.
Growing up on the island and being so closely connected to the water has cultivated him into the waterman he is today and the primary reason he joined Beach Patrol. 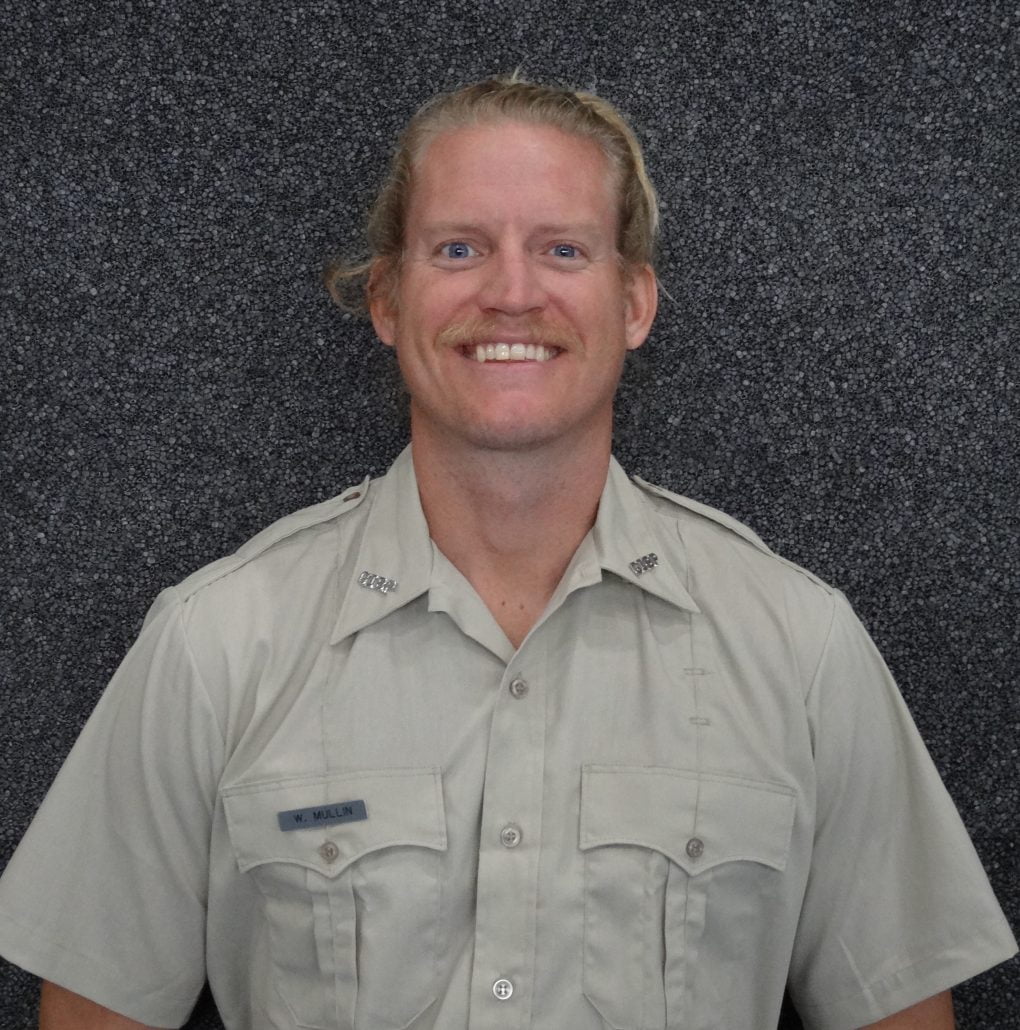 Jeff has been an ocean lifeguard for 6 years, the first 3 of which he spent with Padre Beach Rescue.

Originally from Lawrenceville, Georgia, Jeff is a Red Cross Emergency Medical Responder, an Emergency Medical Technician, personal watercraft rescue, and is certified in NIMS 100, 200, 700, and 800 levels. Jeff graduated from Georgia Southern University in 2010 with a degree in Tourism & Community Leisure Services and a minor in Psychology. His hobbies include surfing, skating, swimming, reading, and rugby. 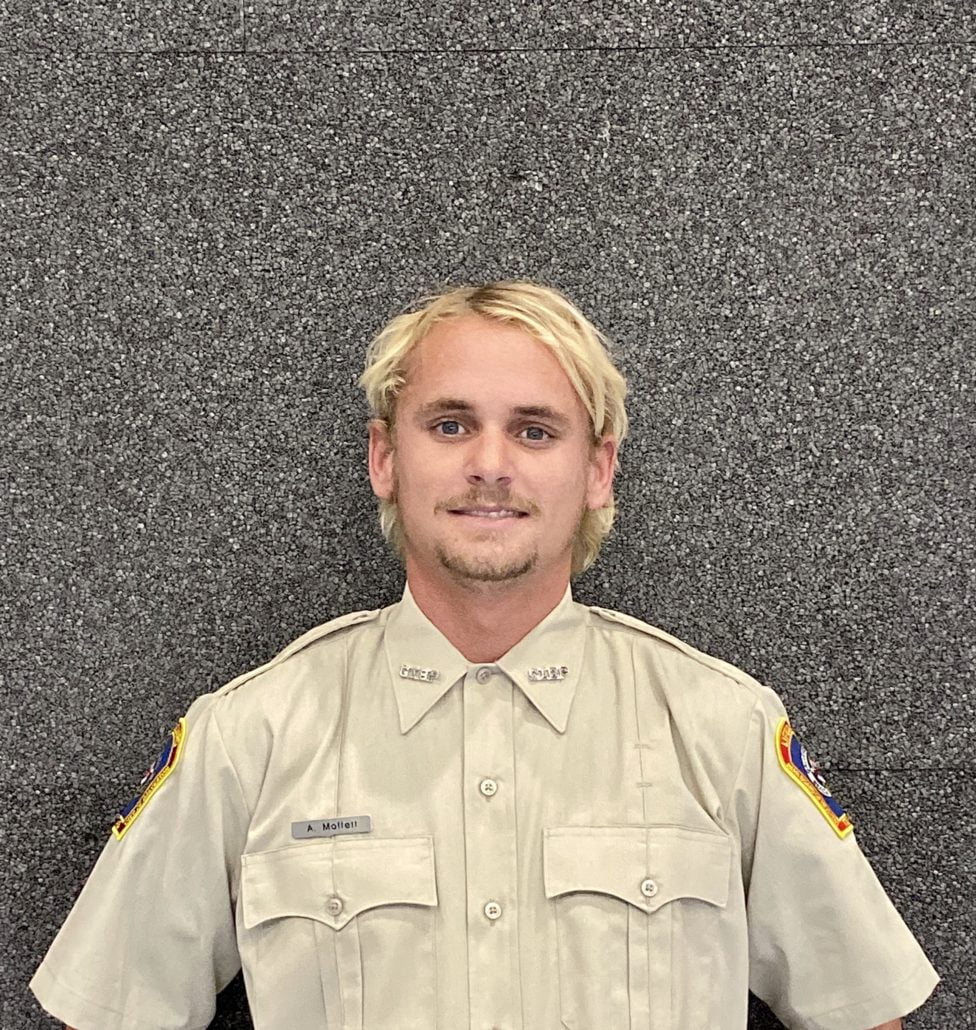 Andy Moffett is a BOI, a senior lifeguard for Galveston Island Beach Patrol, and started in 2014. He was a former junior lifeguard and was inspired to make a difference in his community by his mom (nurse) and dad (firefighter). He enjoys surfing, hunting, fishing, among many other sports.

Is a Certified Emergency Medical Technician and Swift Water Technician, has basic life saving certifications from Red Cross and the American Heart Association. He is a certified personal watercraft rescue operator, is currently studying to be an emergency medical technician, and has a bachelors degree in Maritime Administration from A&M Galveston. Andy finds satisfaction through lifeguarding by educating beach goers about the dangers of Galveston beaches and preventing them from endangering themselves and others. 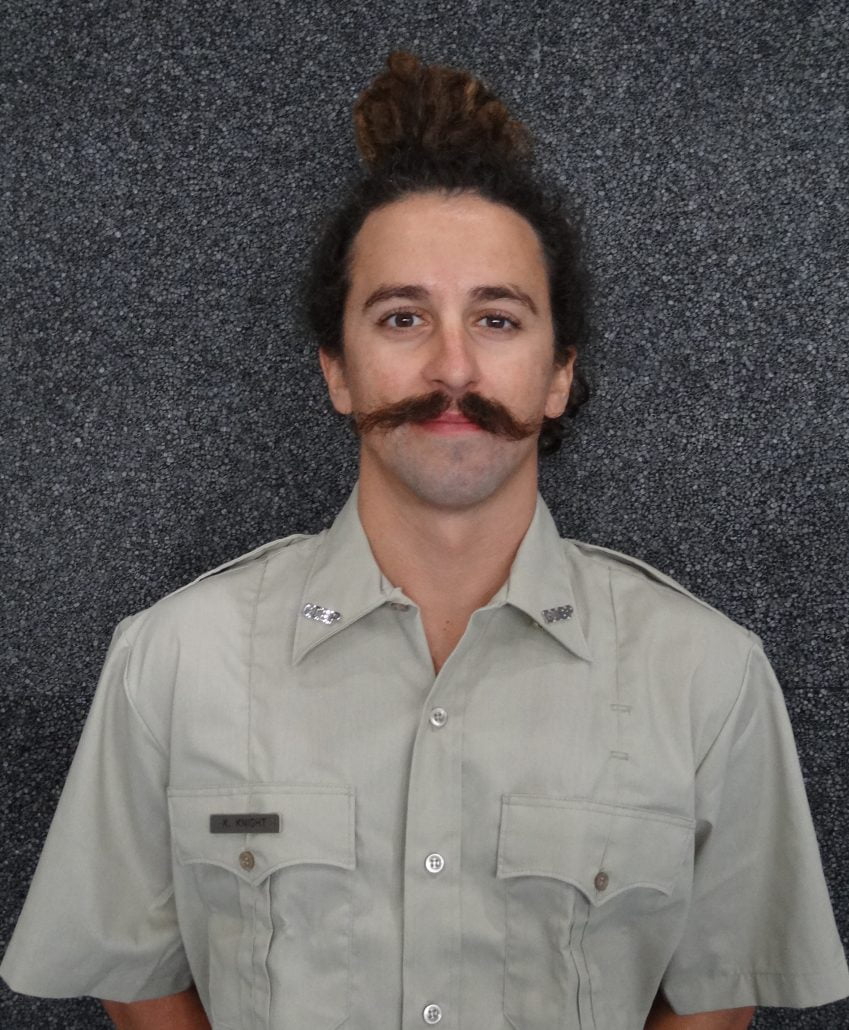 Kevin Knight (Lil Kev) is a Senior lifeguard for Galveston Island Beach Patrol. He started in 2009 after moving from his hometown of Burnet, TX.
Kevin doesn’t have much free time. He works as a longshoreman here in Galveston on his days off from the beach to feed his Jeep obsession.
Kevin is certified as a Red Cross Open Water lifeguard, Swift Water Technician, American Heart Association Basic Life Support, Red Cross Emergency Medical Response, Basic Open Water SCUBA Diver and Personal Watercraft Rescue. Kevin is also an instructor for personal watercraft rescue, Emergency Medical Response, Lifeguarding, and is certified in the NIMS 100, 200, 242, 346, 700, and 800 levels. Kevin has natural dreads and is a part of the United States Lifesaving Association National Competition Team for the Galveston Island Beach Patrol. 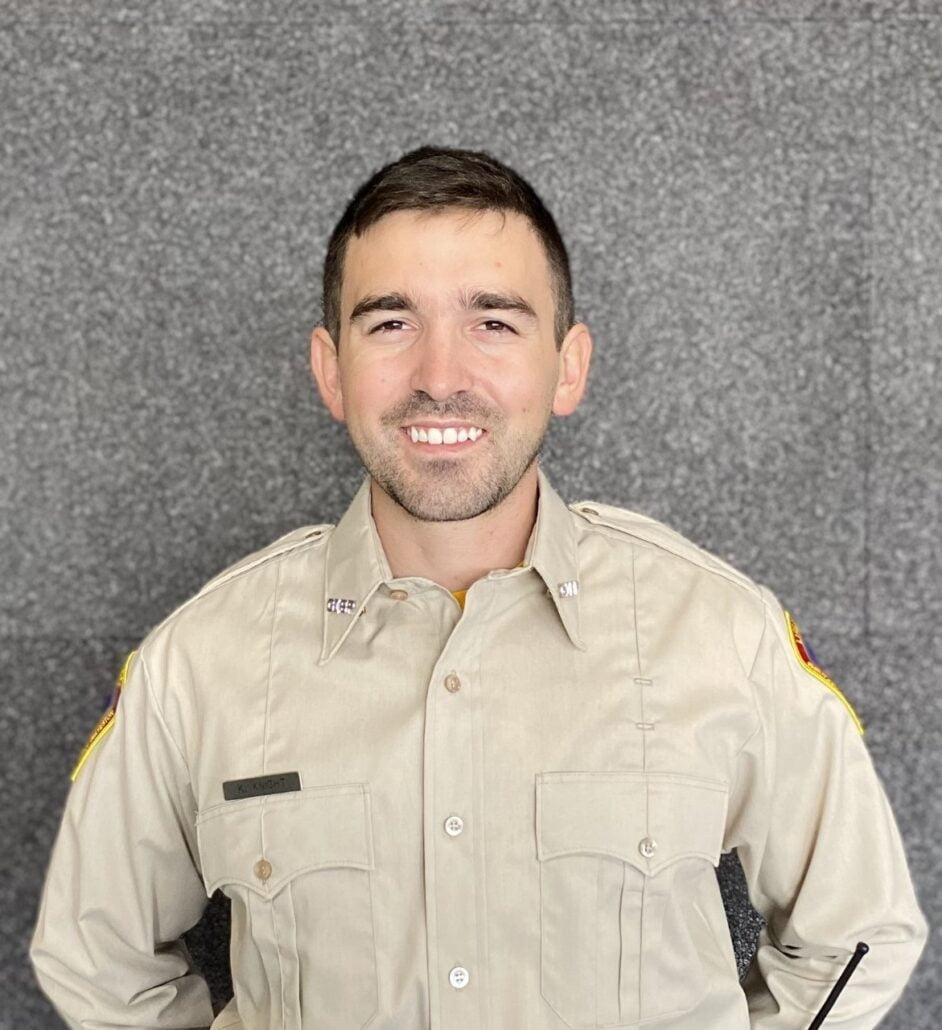 Jake is from Friendswood, Texas and joined Beach Patrol in 2013. He graduated from Baylor University in 2016 with a bachelor’s degree in Biblical studies. Jake is a Licensed Paramedic in the state of Texas and has worked in Emergency Medical Services for 4 years. He is certified in Basic Life Support, Advanced Cardiac Life Support, and Pediatric Advanced Life Support by the American Heart Association. He also holds certifications in International Trauma Life Support and Prehospital Trauma Life Support by the National Association of Emergency Medical Technicians. He’s a certified emergency vehicle operator and is certified in NIMS 100, 200, 700, and 800. He spends his free time working toward his master’s degree in Biblical studies, teaching EMS at Galveston College, and hanging out with his wife and newborn son.