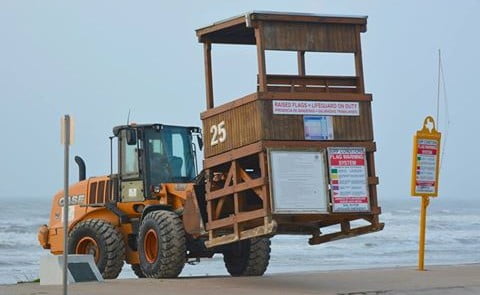 Last weekend was the final day for the seasonal lifeguards to work. This means no more towers or tower lifeguards until next March. We’ll still have patrol units staffed with our fulltime guards out until December, and they’ll be back out patrolling on February 1st. We’ll also respond to 911 calls anytime day or night as we do all year long. But it’s a really good time to remind your family, friends, and loved ones about the basics for beach water safety.

The main thing to remember is that rip currents, which pull away from the shore out to sea, are generally strongest and most prevalent next to structures like rock groins and piers. So be sure if you swim to stay far from these areas and remember the longshore current will pull you parallel to the beach. Pick a fixed object well away from the rocks and use it as a reference point. If you can’t just walk or swim in place, come to shore periodically and walk back down to the area you want to stay in. Also remember not to enter the water at the ends of the island. The ship channel and San Luis Pass both have very strong tidal currents. These areas both have a history of drownings and should be avoided. If you fish, fish from shore.

Lots of people have been talking about the high tide event we had over the past couple of weeks. Actually there were two high tide events back to back and we saw almost 4 foot above normal tides at times. Both the beach and bay were really full and we even experienced minor flooding on some roads and elsewhere. There were several factors that at times combined to cause this:

-3. Storm Surge- Nate’s spinning pushed water ahead of it which caused a storm surge. This repeated the event of the 3.7 foot above normal high tides.

There were times over the past couple of weeks that two or three of these factors combined to cause tides that were much higher than normal. It was a pain in some ways but sure did keep people that fish and surf happy! Perfect clean waves and sunshine were a great way to close out the guarding season. 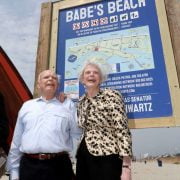 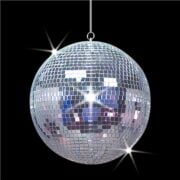 Lifesaving and the Future of Drones
Scroll to top