Late summer brings some real significant changes to the beachfront that can impact what you need to do to stay safe. In spring and Early to mid-summer we are almost overwhelmingly concerned with rip currents and keeping people out of them. As we move into hotter weather and calmer water conditions other concerns come into play as well. With a few safety precautions you can avoid most or all of these.

To be clear, rip currents are the primary safety concern on the beach year round. The current running perpendicular to shore that is generally found near the rock groins is a constant hazard. It pulls offshore and takes sand with it leaving a trough. Even on the calmest of days you want to avoid swimming or wading near structures that stick out into the water, obey warning signs, and swim near a lifeguard that will remind you if you slip up. If caught in a rip, stay calm, call or wave for help, and just float. If you’re a good swimmer, swim parallel to shore until you get out of the rip current and then to shore. If someone else is caught in one don’t go in after them. Call 911 or signal a guard, throw a float or rope and/or extend a reaching object to them.

But now that we’re in a calmer weather pattern and the heat has hit be sure and take precautions for the heat and sun. Wear light colored, loose fitting clothing, apply sunscreen with a high SPF rating, wear protective glasses with a high UVA and UVB protection, drink plenty of fluid, and seek shade periodically. If you feel weak, dizzy, or disoriented and have paler than normal, clammy skin you may be suffering from heat exhaustion. Get cool and out of the sun, drink fluids, and self-monitor. If left unchecked this can lead to heat stroke, which is an extreme emergency. If you stop sweating and have hot, dry skin and a reduced level of consciousness it’s critical that you cool down and get to a hospital as soon as possible.

When the water gets calm lots of critters can move closer to shore unmolested by heavy wave action. We’ve seen a drastic increase in stingray hits the past couple of weeks, including a couple of lifeguards. The barbs are loaded with nastiness and usually break off under the skin causing certain infection. Treatment is lots of heat on the puncture site which alleviates the pain rapidly. You should always seek medical care so they can check if there’s a broken off piece of the barb in there and start you on a course of antibiotics. The good thing about stingrays is that they’re easily avoided. Shuffling your feet when in shallow water lets sting rays and a bunch of other critters know you’re in the area so they can make a quick getaway. After all, if some giant, weird looking creature tried to step on you, wouldn’t you fight back however you could? 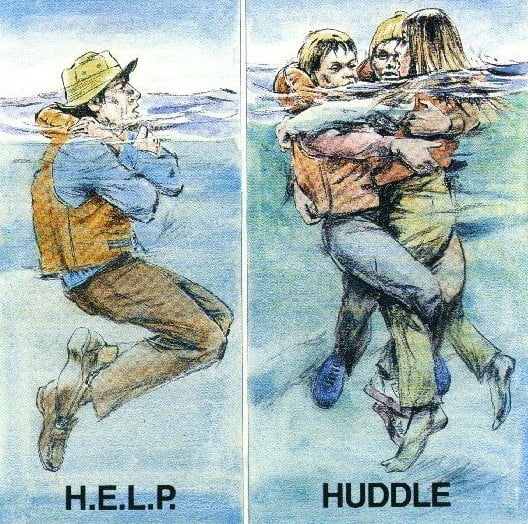 Last Monday night around 7pm a 911 call came through the city dispatch of someone jumping off of the causeway. We responded along with the Fire, Police, and EMS. Josh Hale joined the “unified command” on top of the causeway while Kara Harrison and Kris Pompa launched our boat and searched under the bridge with spotlights and sonar. Fortunately it was a false alarm.

People attempting suicide by jumping off of the causeway or swimming out into the ocean are not uncommon and we work several of these cases each year. People that are in this type of mental state are, obviously, not thinking rationally. But there is often this sort of romanticized version of ending your life in the ocean. The ocean brings many of us peace. I assume this must be in the back of peoples’ minds when they start driving south on I-45. Or maybe we’re just at the end of the road.

Dealing with people who are in an unstable state of mind is very dangerous for emergency responders. Add water and that danger increases exponentially. It’s an easy thing for a would-be rescuer to drown because they were incapacitated by a blow to the neck or elsewhere. Peace officers can’t use their normal tools of the trade while submerged. For that reason we take these calls seriously and try to take precautions like approaching in a group or not entering the water unless it’s a truly life threatening emergency.

That said, a large percentage of these cases change their minds pretty quickly when they hit the water which changes the situation into a potential rescue.

A huge factor in winter rescue work is that of potential hypothermia. Web MD defines hypothermia as “…a potentially dangerous drop in body temperature, usually caused by prolonged exposure to cold temperatures.” Medically speaking, hypothermia starts when your core temperature drops below 95 and is defined as “severe” at or below 86. The reason it’s such an issue for us is because people can become disoriented and make bad choices pretty early on in the process.

The year round Beach Patrol staff is equipped with wetsuits and train regularly in cold water. We don’t want to become victims ourselves. We know our limits and make sure we are prepared when we enter the water. Most people don’t. Hypothermia occurs even in mild conditions. We often see mild hypothermia in the summer. Basically it’s just a matter of how much heat escapes your body and how rapidly. Factors that affect when an individual will become hypothermic are a person’s age, body mass, body fat, overall health, and length of time exposed to cold temperatures. About 90% of heat loss is from your skin and the rest occurs when you exhale. Water greatly accelerates the process.

No matter the time of year it’s important that you self-monitor. If you start to shiver, that’s your body trying to maintain its core temp.

Time to make a good choice. Warm up and dry off! 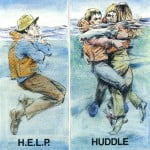