The See-Wall Mural project was originally executed in 1996 and involved 14,000 diverse people, mostly children, who painted the largest paint-by-numbers mural in the world. Stretching 2 1/2 miles of seawall from 61st to 25th streets, over 2,000 gallons of paint were used to paint images of Gulf Coast flora and fauna as well as the interaction between people and the natural environment.

It’s almost time to do it again! 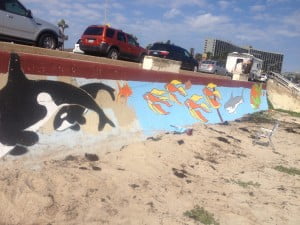 The “See-Wall Mural Refurbishment Project” is currently being re-organized under The City of Galveston Commission on the Arts. There have been some slight delays while internal processes, funding, and personnel are being solidified. Additionally, with the late spring seaweed and early summer heat now affecting the beach environment, the project has been temporarily postponed.

But it is going to happen!

The project is temporarily on hold, but updates and more information will be coming shortly!

Join us in working together to make this incredible event happen again while celebrating the 175th anniversary of our incredible city!” 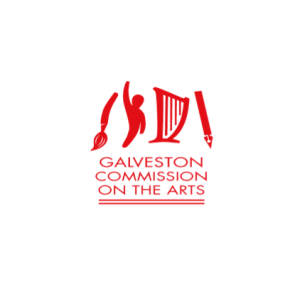 Blast from the Past!

Press clipping from the original painting of the See-Wall Mural. 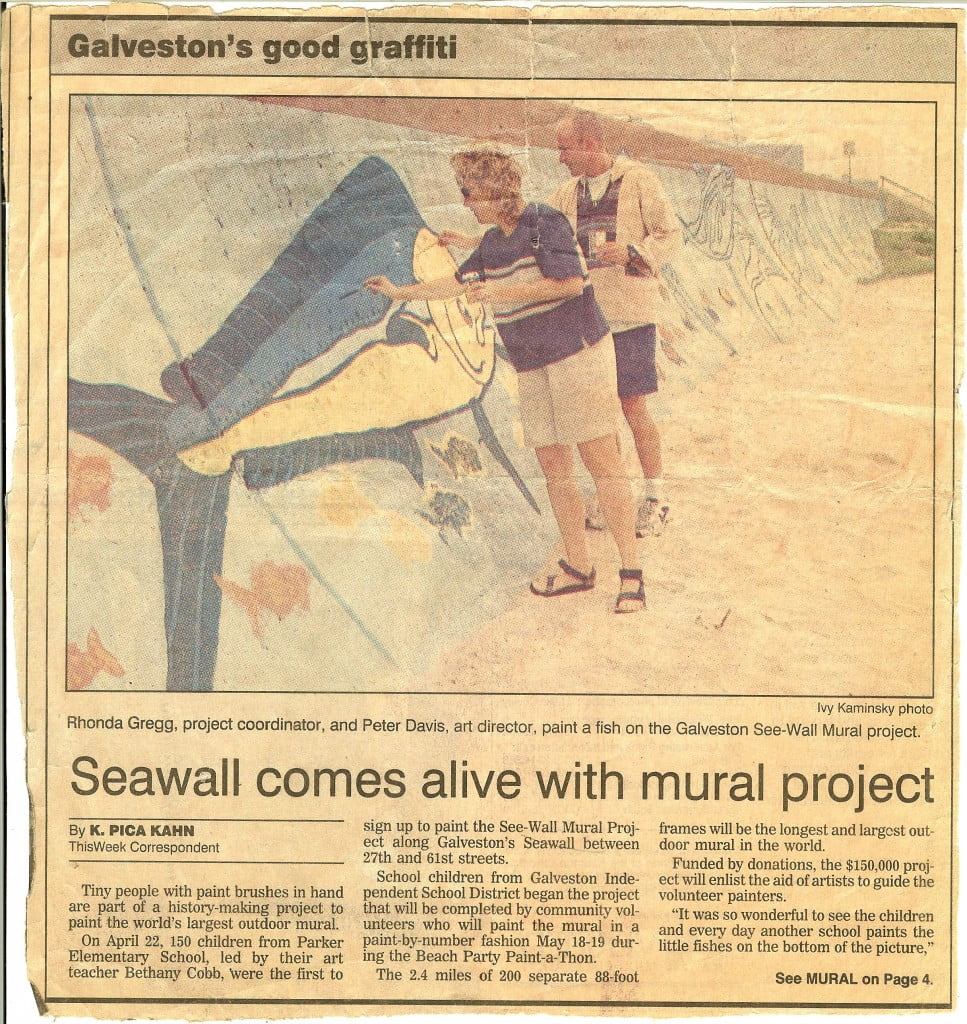 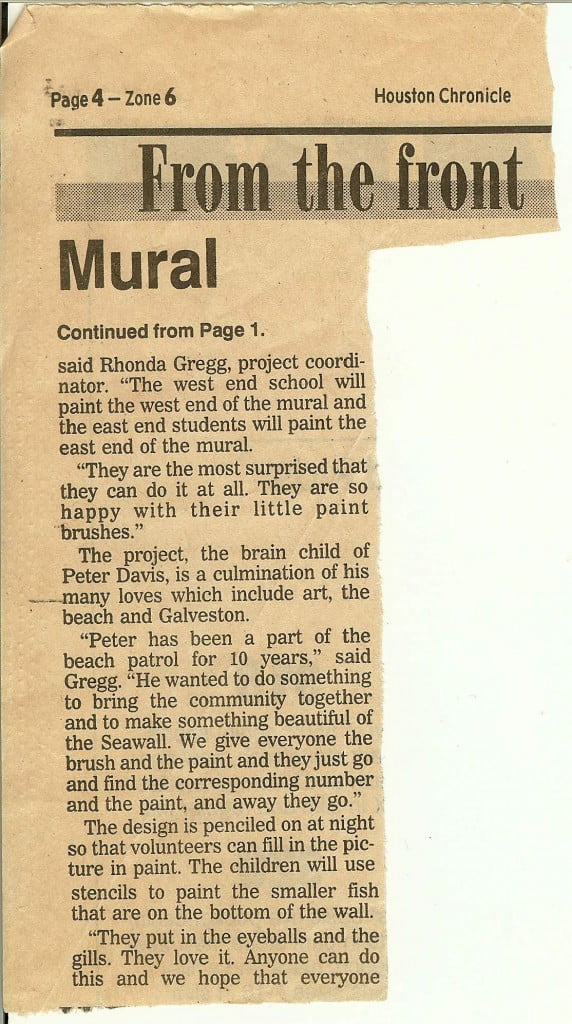