The motorcycle came careening across the sand of the packed beach. It almost fell, swerved barely missing a couple of small children playing in the sand, then overcompensated and barely missed an umbrella with a family under it.

Rudy Betancourt, AKA “Rude Dog”, stepped up to the guy on the bike, who looked more than a little tipsy. I couldn’t make out the exact words, but Rudy started as always with a calm low voice. The conversation escalated quickly with the biker yelling some obscenities and then doing something incredibly stupid. He, first of all, tried to throw a punch at Rudy, which was basically a death wish. And to add insult to injury, he tried to do it while straddling a 1,500-pound Harley. His day went downhill from there. Rudy easily ducked the punch and countered with a right cross that put the guy down hard. We ran to lift the bike off the unconscious guy and I distinctly remember a sizzling sound and the smell of burning flesh. I was 17 so the event burned into my memory much more permanently than the burn on the guys leg.

A couple of years later I was promoted to lifeguard supervisor and was permanently assigned to ride with Rudy on the weekends. We rode together for 10 years and became friends for life. In those days the beach was the Wild-Wild-West, with Apffel Park and a couple of spots on the west end in a state of constant party including fights, water emergencies, crazy injuries, and all kinds of insanity. In retrospect I now realize that we had way too few resources for the amount of people visiting our beaches. We only had tower guards at half of the groins on the seawall, and very little security at the beach parks. The Beach Patrol did the best it could but fewer guards means more people getting into trouble. This meant tons of rescues made from the vehicles instead of swimmers moved from danger by tower guards. It also meant that we broke up lots of fights without training or equipment and responded to way more medical emergencies than you can imagine. To my eyes now, as an administrator and Chief this means liability for the city, danger for employees, and a drowning rate sometimes exceeding 25 a year that could drastically reduce tourism attendance and dollars. But as a 20-year-old college kid who came down for the weekends and summer to make money, do some good, and have fun it was awesome. And I couldn’t have asked for a better trainer and guide than Rudy Betancourt.

Through all the rescues, fights, conflict, and parties he was cool as ice. He moved slow until he didn’t. And he passed on more beach wisdom to me and many others than any of us realized.

Now Rudy owns several businesses in Galveston and spends half his time in Panama. Buckle up, catch him at the Black Pearl or the Press Box, and get him to tell you some old lifeguarding stories. 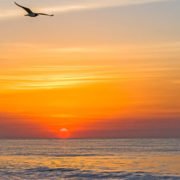 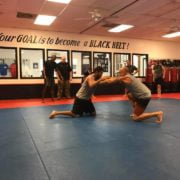