Wispy clouds scudded across blue Puerto Rican sky as the woman entered the water to cool off. 10 steps into the water the bottom disappeared. Surprised, she swam to the surface and began to swim back to shore. To her dismay she found herself being pulled out to sea despite her efforts.

The current ran, as it normally does from right to left down the beautiful Puerto Rican beach. As the farthest point on the left side, in front of a beautiful 4 star resort, there was a rock groin and breakwater that extended out into the ocean. Just like in Galveston, there is always a rip current by the rocks.

Suddenly, as the woman was pulled near the rocks, she hit a turbulent area. A wave broke over her head. Coughing and sputtering she made it back to the surface, but she’d choked on some water and found it hard to breathe. Panic gripped her as she realized she couldn’t make it back, and she was disoriented by the rough sea. She thought about her children and husband up in the hotel room. She remembered a load of laundry that she’d left in the dryer back in her New Jersey home, and then wondered why that would occur to her. The realization that she would not survive this event hit her like a punch to the gut. She struggled harder despite having trouble breathing. She quickly tired and felt impossibly heavy. She started slipping under water.

The resort offered all kinds of amenities, but the main draw was that it sits right on a very beautiful beach. The designers and investors thought about every little detail so their guests would have the ultimate experience. Every little detail but one. It sits right in front of a permanent rip current, and rip currents are the cause of 80% of ocean rescues (and likely ocean drownings). They didn’t plan for a beach safety program for their guests. Like many resorts around the world, this one was placed on a beautiful beach without thought to the safety of the beach itself.

Just as the woman slipped beneath the surface strong hands grabbed her. She found herself floating on a ratty old boogie board as a man yelled in Spanish and kicked her back to shore. Upon arriving to safety the man walked off and she sat down numbly. After a time she looked around and saw the man selling coconuts to tourists out of a shopping carts. Behind him under a bench she saw an old sleeping bag.

This beach sees about 10 drownings a year, usually rich tourists. The man selling coconuts averages 5 rescues a day. Partly because of the success of Galveston’s beaches, I’m part of a small team from the United States Lifesaving Association working up a proposal to combine private sector funding with governmental management of a beach patrol there. Until then, our hero, who is 62 years old, will hopefully be hard at work… 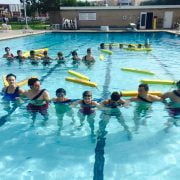 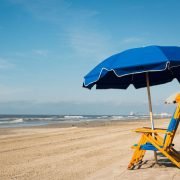