The report of the incident starts out, “15:04 Unit 290,Supervisor Buck & Stewart, dispatched by headquarters for swimmers out to far at TWR 25.  Unit 290 rolls from 28 and sand.

15:05 Unit 290 gets on location.  From the beach we can see 5 swimmers about 50 yards off shore  …  My partner, Supervisor Stewart immediately heads into the water to check the swimmers…”

As most of you are probably aware, the rescue of five people at 26th street a couple of weeks ago received quite a bit of media attention. Our full time Lifeguard Supervisor/EMT Mary Stewart was credited with these rescues. Mary is a fantastic lifeguard, wonderful employee, and deserves every bit of this attention. The scary thing is that she almost drowned during the process, as one of the two victims she was attempting to bring to shore panicked and climbed on top of her and pushed her under water, as she tried to simultaneously fight him off and keep a small child afloat.

Not to take anything away from Mary, but there was more to the story than most of the media outlets reported. Despite Mary continually praising her co-rescuers during interviews, the public story cut that part out.

“Once my partner gets to the swimmers I receive the “ok” signal and return to shore and my radio to relay the “ok” signal.  Immediately after radioing everything is ok I see my partner signal for help.  15:07 I radio HQ to send back up and that I will be in the water to assist.  294 begins to roll from 18th and wall.   The guard from TWR 25,Dornak,  had brought 3 swimmers closer to shore where I met them with the rescue board.  Dornak then headed back to Supervisor Stewart to assist with the two swimmers she was bringing to shore.

Obviously there is quite a bit more going on. Jared Dornak stabilized the situation, brought three victims to Supervisor Dain Buck, then helped Mary bring the two she was wrestling with to shore, which may have saved her life. Dain watched everyone’s safety while still effecting three rescues himself and making sure backup was on the way so we could keep the ratio of rescuers to victims at an acceptable level.

There are layers of protection built into our system, which makes a dangerous job less so because we can provide all our guards with quick backup. These layers are there because we are provided enough resources to do lifesaving the right way. This event demonstrates clearly that we would have lost at least a couple of lives if this were not the case. And that we have many heroes in our ranks. 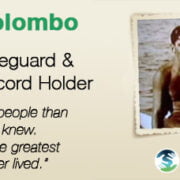 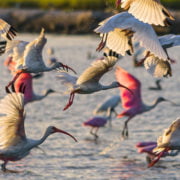