With its tin roof the small house looked unassuming. It was precariously perched on the side of a steep hill with other houses. Vegetables grew in small plots interspaced with clothing lines and chickens clucked, scratched and pecked. I paid the Taxista and walked up the manicured path to the door. As I raised my hand to knock, the door sprang open and Juan limped over to me and grabbed me in a giant bear hug. Juan’s sister came up behind him and pulled me inside. Rosa can’t see very well, and Juan has a hard time hearing, but we somehow managed a lively conversation. Rosa served tacos that were so spicy that Juan and I were pouring sweat. After 20 years of working with the guards in Veracruz, Mexico, this had become our tradition, and is one of the things I look forward to the most each time I visit. Juan was the first lifeguard I met back then and was, at the time, already a veteran. Now he still works the beach, and despite a bad leg and being almost deaf, he still mentors the youngsters, swims like a fish, makes several rescues, and prevents thousands of drownings each year.

The snow came down so hard we could hardly make out the door of the house on the side of the mountain in Utah, just a few miles from one of the least publicized and best ski areas in the country. As we stepped out into the bone chilling cold, we were ushered in. Bob Burnside, now in his upper 80’s, led our small group in to be greeted by an assortment of working and retired lifeguards from various beaches. Bob dove into a fierce political discussion with another octogenarian that escalated almost to blows as the night wore on. Apparently, this is a regular thing according to the other lifeguards. Bob is the first president and current unofficial spiritual guide for those of us who are involved with the United States Lifesaving Association (USLA). He skis every day and seems to have attracted a small, hard core group of surfers and lifeguards to switch their focus from riding waves and saving lives to carving frozen water. But every conversation eventually comes around to their years and years of saving lives or current issues in the lifesaving community.

The United States Lifesaving Association is America’s nonprofit professional association of beach lifeguards and open water rescuers. The USLA works to reduce the incidence of death and injury in the aquatic environment through public education, national lifeguard standards, training programs, promotion of high levels of lifeguard readiness, and other means. Our motto is “Lifeguards for Life”.

I don’t think I fully understood the meaning of the motto until recently. Whether you’re with a group of guards in houses in Veracruz or Utah, a surf club in Australia, or anywhere else lifeguards gather, there is a common understanding of the unique risks, sacrifices, joys, and challenges open water guards experience and face. And wherever you are you have family and a shared mission. 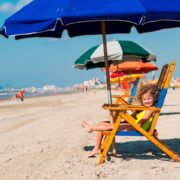 Do You Have What It Takes?
Scroll to top