It was a rough, windy, morning. Clouds scudded across the sky pushed by a strong wind from the west. The water was brownish because of currents pushing up from the mouth of the clay colored Brazos river. The 8-year-old boy floated along on his boogie board. As he neared the 61st street rock groin, a feeder current gently started pushing him farther out. As he neared the rock groin, he panicked and lost the board. He struggled for a moment before the current pushed him close to the rocks near the end of the groin where the fishing pier starts. He hung on tenuously as waves bludgeoned him.

Every morning before he reports to his tower, Lifeguard Bill Bowers walks down to the beach near his house and takes a swim. Bill has a long history as a competitive swimmer and coach. He joined the Galveston Beach Patrol network originally as a volunteer “Wave Watcher”, before deciding to try out to be a beach guard in addition. At 62, Bill was still a great athlete and trained regularly. He had no problem passing our swim trials and sailed through the lifeguard academy. Now in his third year of service, he’s become something of an icon. The younger guards ask him for advice and his supervisors love him. He’s a terrific guard. He’s proactive, personable, and goes the extra mile to make sure all the beach patrons in his area are taken care of. His work ethic and presence have raised the quality of what we do. He’s also very modest and shares any credit he gets with the team. He’ll hate it when he see’s I’ve written this column about him.

Bill was in the middle of his morning swim, towing a rescue tube behind him. He spotted the young boy, made contact, pulled him off the rock, wrapped him in the rescue tube, and navigated through the barnacle encrusted poles of the fishing pier. Popping out the other side, he swam past the rip current and brought the boy to shore safely. A bystander witnessed the event and was kind enough to write a letter about it, which I shared with the staff and asked him for a pic for social media. Bill’s response was as follows:

“Thanks Chief, but it wasn’t a heroic act. I had been swimming down the beach about a mile and I lifted my head to take aim at shooting under the bridge when I spotted the child. I simply snatched him up, kicked away from the rocks, shot through. We headed in and a truck was there almost immediately. I credit you with telling me to wear my buoy when working out!

As far as pictures what if they posted pics of all guards who have had a rescue. That would be really impressive number wise.

Heroism isn’t just about bravery. Its also about the discipline and drudgery of maintaining skills that may help someone, somewhere, someday. In this case an 8-year-old got to go home because of Bills heroism. 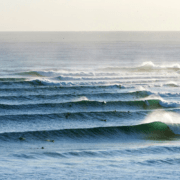 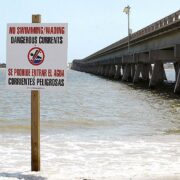 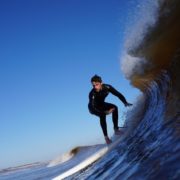 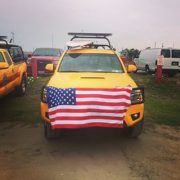 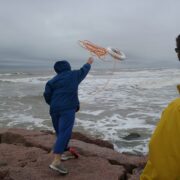 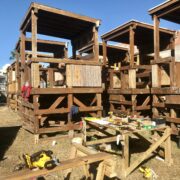 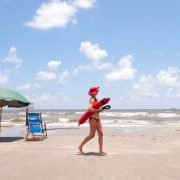 A Dynamic Environment
Scroll to top