“Possible drowning, 25th and Seawall Blvd…” came across the radio from the 911 dispatcher.

I was close and pulled up to the west side of the Pleasure Pier. Not seeing anything, I drove to the east side and spotted someone near the end of the “T-head” swimming towards shore with a strong, overhand stroke. A Galveston Fire Department truck pulled up  on the seawall and another Beach Patrol unit pulled up on the sand and Supervisors Joe Cerdas and Mary Stewart got ready to go in. Not seeing any immediate crisis I asked all responding vehicles to reduce to normal traffic.

Bystanders ran up and said the guy had been yelling at people all morning and acting erratically. I asked Joe to give the guy some distance and signal if he needed help. Joe went in on a rescue board and the guy immediately started cussing and threatening him. Joe signaled, Supervisor Mary Stewart took over command, and I went in as Kevin Knight pulled up on a jet ski. We recognized him as one of our beach regulars and corralled him without any real problems. Usually the guy is pretty calm but this particular day he was really agitated. Two Galveston Police Department Officers were waiting on shore. This is where the real story starts.

Officer Sean Migues worked for Beach Patrol for a number of years. He was also a US Marine that, at one time, was assigned to Presidential security. Sean is one of the two officers that works essentially as a tourist police, mostly on the seawall.

The man was ready to fight and you could tell he was barely under control. We made a ring between him and the water since a water struggle is way more dangerous than on land. But Sean, who is an extremely charismatic and affable guy. maintained such a calm demeanor that the guy couldn’t find a way to explode. Once it was clear that this couldn’t be resolved at the scene and the guy couldn’t be released safely, Sean went to work in earnest. He talked the guy into handcuffs so smoothly  that the guy thought Sean was doing him a favor (which he was). Many peace officers would have just put the guy in jail and let him stay there till his episode passed. Someone else would have had to deal with him soon after. But Sean had a hunch and started making calls and somehow found out that he’d been a psych patient and convinced the hospital to re-admit him. Instead of a couple of days in jail for some small charge Sean got him on a path to correct the root of the problem. Compassionate police work requires more effort, but can be life altering.

Sean and thousands of others like him around the country practice this daily. They don’t make the news, but we are all better because they take the path of more resistance.

The final Beach Patrol tryouts are tomorrow! Info is on our website… 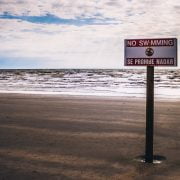