A group of 17 stood in the sand outside of a green and white trailer at Stewart Beach. Their feet were so dark they had a greenish tint against the white sand because they worked with minimal sun protection. Walkie talkies were issued as they joked around and made plans for after work.

In 1983 we only had 17 lifeguards on staff. We made $2.75 an hour and worked 6-7 days a week. New guards moved around, but guards with more experience primarily worked one tower and were assigned the more challenging ones. There were no formal lunch breaks. Instead, you took a quick break if you felt no swimmers would get in trouble. Most of us brought our lunches. There was not enough sand on the seawall for people to use lots of the areas, so we only covered about a third of the groins. Most of the crowd was at Stewart Beach and Apffel Park (now “East Beach Park”). There was no formal lifeguard training academy, you learned from other guards as you went along. Because of the lack of coverage we made a ton of rescues, especially when working the mobile patrols. We also broke up lots of fights and dealt with many more drowning fatalities than we do now.

Stewart Beach was the heart of the beach life for us. Not only was that where we started and ended each workday, but things were booming. There were two huge clubs on the beach that had live rock music. Some of us worked as bouncers after our lifeguarding shift. There were bumper boats, go carts, two water slides, little vendor shacks on the sand, miniature golf, and more. A lot of us would go to the blues bar at one of the water slides after work and hang with the local crew, bikers, and whatever tourist was brave enough to wander in.

The changes from then to now are significant. We have about 100 more guards on staff and cover every groin, for many of which we provide a double shift and work till dark. Guards have a set lunch break and reasonable hours so they can stay sharp and attentive. A formal academy and daily training ensures consistency, professionalism, and reduced liability for the city. We also provide both patrols and emergency response 2/7/365. And we make over 200,000 preventative actions a year instead of waiting to react to a crisis.

So maybe its not as fun now as then. But now we have quick backup for the guards when they get into the life-threatening situation of making a rescue. We work in tandem in the trucks more of the time, so our Supervisors are able to watch each other’s backs. And we don’t leave the public unprotected during working hours.

The thinner you stretch your resources, the more risk for guards and the public. One important measure of success is, because of our level of resources, we now average, with 7 million tourists, 6 drownings instead of 18-25 annually. 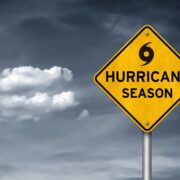 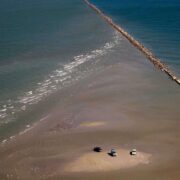