Brian Jarvis, of C-Sick Surfing, and his crew of surf instructors are a fixture at the 43rd street groin. They were teaching lessons early on a Sunday morning when they heard screaming off the end of the jetty. Looking up they saw 5 people in distress. They raced out to help, reaching them just as the first couple went under.

Keeping the boards between them and the victims they stabilized the group and brought them to shore safely. On shore they realized the two men and three women were wearing long shorts and some even had on beach shoes. Definitely not swimming attire.

The group had been completely unprepared for the drop off they stepped into when they got close to the rip current and drop off on the west side of the groin. They stepped into the hole and the current pushed them out to the end of the rocks as they struggled to stay afloat. If it wasn’t for the quick thinking and heroic actions of Brian and his group we’d have definitely been looking at least a couple of drownings.

And this is not the first time that C-Sick has done this. Nor are they an exception as other surf instructors save multiple people each year. In fact, surfers probably save at least as many people each year as the Beach Patrol does.

Not that we’re not working hard to prevent drownings, but surfers are in the water on the rough days when the rip currents are strongest and they’re out there very early, before the lifeguards get on duty. The same applies to fisher folk and people out walking the groin who rescue an estimated 45 people a year using the ring buoys that are in the rescue boxes that Beach Patrol maintains on the end of each groin.

The nature of Lifeguarding is different than other emergency services in several ways, but the most distinctive is that it is the most proactive. We try hard NOT to make rescues. We only make between 100 and 250 a year. Sounds weird, but for every rescue that happens both the rescuer and victims are put at considerable risk. It’s easy to die in the water if things go wrong. Instead of making rescues we annually make around 55,000 of what we call “preventative actions”, where we move people away from areas that could be potentially hazardous. Most of these preventative actions are moving people away from the 15 rock groins along the seawall, but we also move a considerable amount closer to shore, out of the water at ends of the island, or away from other hazards.

Overall, Galveston has a whole network that keeps people safe in the water including the lifeguards, community groups that make rescues and prevent drownings, other emergency response groups, and a whole bunch of public education done by guards, hoteliers, media, community and governmental groups, and you. Spread the word on how to be safe in the ocean to those close to you! 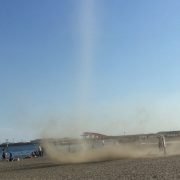 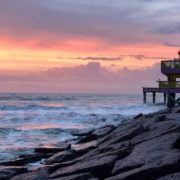 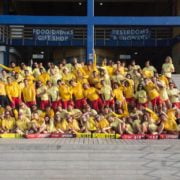 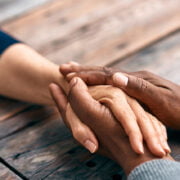