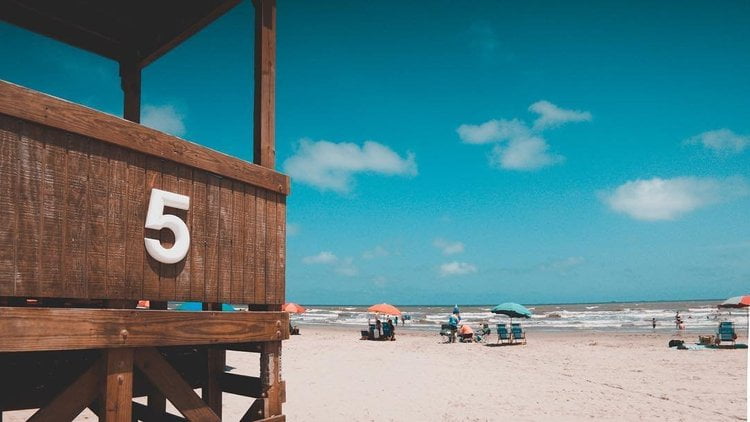 Labor Day weekend was interesting. We couldn’t have asked for better conditions, with sunny skies, blue/green water that was pretty flat all but Monday, and almost no seaweed, jellyfish, or sea lice. The concentration of people on Sunday was impressive with moderately good crowds on the other days. Sunday afternoon it took me an hour and a half to patrol from Stewart Beach to 91st and back, and the line to get into Stewart Beach was backed up onto the seawall.

Sunday afternoon, when the crowds were at their peak, we had several water related calls all happen simultaneously. We had several lost kids at Stewart Beach that we were looking for and the normal calls for guards and rescue trucks moving people away from hazardous areas. Then on top of all that we had a call for a boat wreck off of the end of the South Jetty with 5 people unaccounted for in the water. We also had a call of a possible drowning over by Murdoch’s pier where supposedly someone had seen the person go in and may or may not have actually witnessed them going under. And we had a jet ski on the west end that was floating around in the water without a driver. Any of these calls could have been pretty major, and we scrambled our resources around trying to get enough assets to respond to these potentially serious calls while still handling the normal stuff and while continuing to patrol and be proactive in preventing bad things from happening. It was about an hour of chaos and I think our poor dispatchers probably will have nightmares about trying to stay on top of all of it. But the Beach Patrol staff, and all the other responding groups, handled this crisis period really well. And fortunately, at the end of the hour, everyone was accounted for, on shore, and uninjured. We were able to go back to the normal level of holiday weekend chaos until a little after dark.

All told a the end of the weekend the combination of Beach Patrol, Wave Watchers, and the County’s Citizens Emergency Response Team kept 12,562 people from getting in a dangerous position, treated 40 medical calls, reunited 15 lost children with their loved ones, and got all 250-300,000 beach goers back home safely. Not a bad way to end the summer!

Coming up we have an interesting study. Beach Patrol Lifeguard Supervisor and A&M Instructional Associate Professor Amie Hufton is spearheading a research project related to our drowning and rescue statistics. We’re real excited about this because we think it can give us a better idea of who drowns and how we can target those populations. Just as a little teaser we ran 5 years of drowning statistics and came up with some interesting information. Over that period, we’re looking at roughly 70% of those drownings (fatalities and survivals) being Latino, 22% Anglo, and 11% African American. Stay tuned for what Amie and her team come up with.