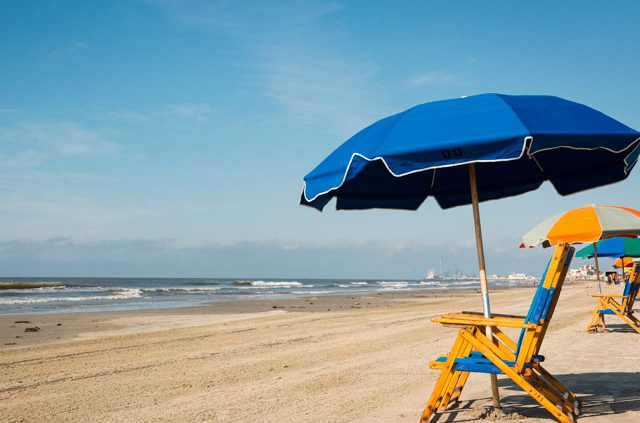 The Beach Patrol has had a rough season so far. Much of this has been covered in the news and I’ll cover some of this in a future column. But last weekend we saw what is probably the busiest weekend we’ve had in a few years. Many have attributed this to the news stories that happened during and after Memorial Weekend. Others say it’s because we had such a cold spring and everyone was chomping at the bit to get out to the beach. Whatever the reason or combination of reasons, the combination of crowds and rough weather stretched us to our absolute limits.
At one point of the day we had 4 major calls going on simultaneously including two “possible drowning” calls, a boating emergency, and a CPR in progress call. Threaded through all the big calls was a continual backdrop of lost children (35 or so each day), minor medical calls, swimmers being moved from danger, calls for assistance because people wouldn’t follow lifeguards’ direction, trash can fires, disputes, complaints about music/parking/other people, dogs off their leashes, and a million other things. I was so incredibly proud of how hard our staff worked to take care of their respective parts of the 32 miles of coast line.
The water was no longer blue and clear, although it was still a nice sandy green. But lots of people were asking why we didn’t make the water more blue. I still think some people don’t realize the beach isn’t a water park! But it did get me to thinking about water color and clarity.
There are lots of theories about this but what I’ve seen over the years is that the water follows two basic rules. The first is very obvious. If there are waves the sand gets churned up in the water. So it’s a little less clear than it would be without the wave energy in the water.
The other, and more significant rule, is that if the wind blows from the southwest or west, the current comes from down the coast (from west to east). When that happens, the water gets more brown in color and less clear. There is a very simple reason for that. Just below us the Brazos River empties into the Gulf. The Brazos River is very silty and brown. When it empties into the gulf and the current pushes it up to Galveston.
If the water comes from above us, with a wind from an easterly direction, the water defaults to its normal color of green or even blue. If there is not much surf activity for a couple of days the silt settles out of it and it can get very clear. This happens about half the time, but is typical of the second half of the summer.
So, over Memorial Weekend, with big crowds, media coverage, and beautiful clear water our local secret got out and people know it can get clear and beautiful. I hope they forget before we can’t afford to live here anymore! 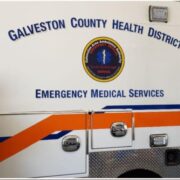 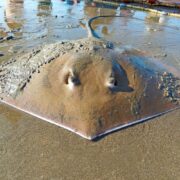