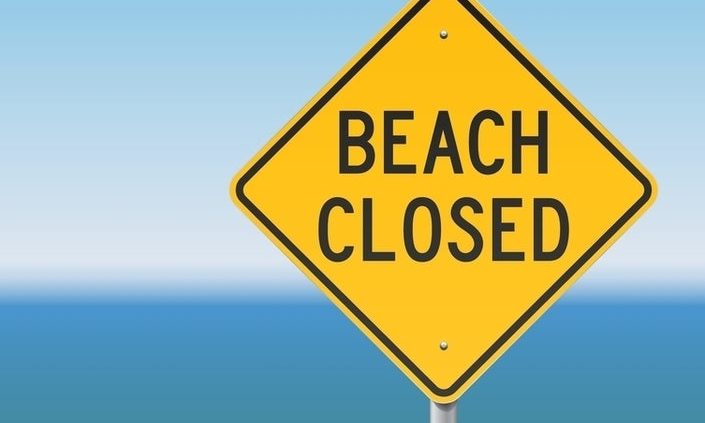 It’s amazing how quickly our lives change. Last week we were out enjoying some really nice beach moments as the Corona cloud started to close in. Suddenly the Mayor and City Manager made the difficult decision last Sunday to close the beaches. If you drove down the seawall last Sunday afternoon right before we stared clearing the crowds, you’d have seen that the amount of people who came down to enjoy the beach and the beautiful weather left no choice. Tens of thousands of people were out, and it looked like one of those booming Spring afternoons. As nice as it was to see everyone out having fun, there’s no way we an tamp down the spread of Corona unless we reduce the people moving on and off and around the island. It was a good call.

Our guards were fairly busy with the crowds and had moved quite a few swimmers from dangerous areas. We’d even made two rescues. They were already on point, but when the call came and I told them to clear the beaches, I was really impressed how they rose to the occasion. Both the tower guards and the Supervisors in the trucks went into action, as did quite a few Patrol Officers of the Galveston Police Department. Within two hours, all 32 miles of beach, including beach park parking lots were clear of people and cars. As I made my way home around sunset, I saw city Park Department crews out erecting barricades, and by the time noon Monday rolled around, every beach access point on the west end was blocked from vehicular traffic, every access point on the seawall was blocked, and the Stewart and East Beach Parks were gated and barricaded. Couldn’t be prouder of my crew and more impressed by the police, park, and public works departments for how quickly and professionally they made all that happen.

All that was on the heels of a huge grass fire at the East End Lagoon Saturday. The wind was blasting from the north, which caused the fire to spread really quickly. Galveston Fire Department responded quickly and called for help from a number of other departments, including Galveston Marine Response partner Jamaica Beach. It was a heroic battle that lasted throughout the night. When the sun rose, it was still smoldering and there were little spot fires popping up, but it was mostly out. The fire made it to the berm behind the East Beach pavilion, over to Apffel Road. But fortunately was stopped just short of jumping the road and devouring Beach Town.

Now the dust has cleared from a crazy weekend. Tower Guards aren’t working and our full-time supervisors, along with the Galveston Police Department, have the unenviable job of telling locals they can’t use their beach during sometimes beautiful Spring weather. But, as always, they’ve jumped into the task wholeheartedly because they know how vitally important it is that we all reduce contact so we can save a lot of lives. 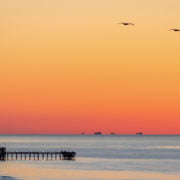 End of Summer
Beyond Coronavirus