Australia is Mecca for Surf Lifeguards.

Lifesaving in Australia started around the same time as it did in the rest of the developed world. The old system of “Lifesaver Men” who stayed for weeks at a time in lighthouses looking for ships that wrecked along the shoreline began to transition to modern lifesaving with the advent of a leisure class around the turn of the century.

“Surf bathing” became popular in Europe, Australia, the US, and parts of Asia around the same time. The fad spread rapidly. At first this required the use of “surf bathing machines” that were rolled out into the water so people could change and take a dip without being seen by the crowd. By 1905 people were flocking to the ocean to take part in this new fad. Here in Galveston the beach was already really popular, but the difference was now thousands took to the water, despite little or no swimming ability. It was a time for rebellion against Victorian mores, with the woolen bathing “costumes” showing more and more skin.

The beaches around Sydney, Australia can have heavy surf and horrible rip currents. As people realized the danger of this new craze, there was a need for protection. The first volunteer surf lifesaving club was formed in 1907. As the beach and swimming fever grew and spread across the continent, so did the system of volunteer clubs.

The difference in Australian beaches vs. places like Galveston or other important US beach destinations was and is that 90% of the inhabitants of the continent live within a few miles of the coast. The surf club served many functions. It was a social club, gym, and a way to volunteer for the community. If you joined a surf club, you could stay there, eat there, and you had a readymade social set. The beach everywhere is a great social equalizer where social status in other parts of society doesn’t matter. After the wars, soldiers could find the type of discipline and structure they were accustomed to which helped many readjust to normal society. Above all, they provided a venue to serve in a positive and fun way.

Today the Australian surf club fills the niche of an American health club, and a large percentage of the population are members. Typically, you have a place to exercise and many offer food and drink to the public, with a requirement to take “lifesaving patrols” once or twice a month. Instead of lifting weights and going to spin aerobics, you may take a swim and go for a surf ski paddle. Competitions are a regular event with those who don’t race helping to officiate or support in other ways. Since practically the entire country is involved the depth of field ensures the highest level of performance. The Aussies almost always take gold in the international lifesaving competitions.

The Galveston Beach Patrol has a surf club modeled after the Australian model. If you are a swimmer you may be interested. Information is available on our website. 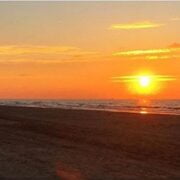 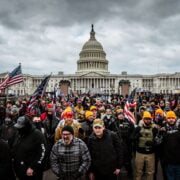 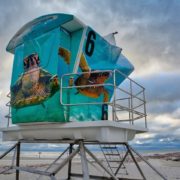 January 6th
One Beach One Lifeguard